Published by By Brian McGleenon on Express.co.uk Aug 8, 2020

AN employee has described the horrific scenes and cramped conditions from within the re-education camps of Xinjiang province in China, where over one million people are thought to be held.

A former re-education camp teacher, Qelbinur Sidik, compared the conditions to a prison where those inside the camps have no space. She said: “I saw ten cells, each of which held ten people. They were plunged into darkness, their windows boarded up with metal plates.

“There were no beds, just blankets on the floor.”

Speaking to Express.co.uk Mrs Sidik, who has now fled to Holland, also described the absurd conditions in the re-education camp classrooms.

She added: “The adult pupils entered ten by ten into the classroom.

“They wore chains on feet and hands.

“When they were all seated on little plastic chairs, without a table, I was let in.

“When I tried to show the older men in the classroom respect they put their heads down, some were crying.”

Mrs Sidik continued: “The door they passed through was ajar and barred by a chain halfway up.

“This forced them to enter on all fours or crawling.

“I met their gaze, it was excruciating. “

She described how in the camps, prisoners sleep on stone floors with only one thin blanket each to either sleep on or place over their bodies.

She added how there are sunless rooms that are so crammed – full of detainees – that they must take it in turns to sleep, with half standing so those wishing to sleep can lie out horizontally.

Within the nameless buildings, prisoners have a strict regime that allows for only one minute per day to wash, three toilet breaks every 24 hours, and one shower per month, she claimed.

Mrs Sidik described Uyghur’s being removed from their houses to be taken away to the camps and their Han Chinese neighbours applauding.

Mr Sibik, who is from Uzbekistan, recounts a taxi journey she had through the capital of Xinjiang province, called Urumqi.

The Han Chinese tax-driver spotted an old Uyghur man standing by the traffic lights, he pointed at the man and said: “Oh, there are actually still Uyghurs here, are they not all in the camps?

“We are now the bosses of Xinjiang.”

However, Beijing has described their actions in Xinjiang as a “war on terror”.

Beijing states it is responding against violence from the Uighur separatists in the past.

For instance, there was a reported bomb and knife attack by separatists at Urumqi’s south railway station in April 2014.

Three people were killed in the attack and 79 others were injured.

In May 2014, Beijing officials described a “violent terrorist incident” when at least 31 people were killed and more than 90 suffered injuries two cars crashed through a Urumqi market and explosives were tossed into the crowd.

Tags: concentration camps Former Teacher Qelbinur Sidik reeducation camps
Previous Story
U.S. and Multilateral Policy Options to Address Abuses Against Uyghurs in Xinjiang
Next Story
Silence kills: now they have come for the Uyghurs, it is more than time to act 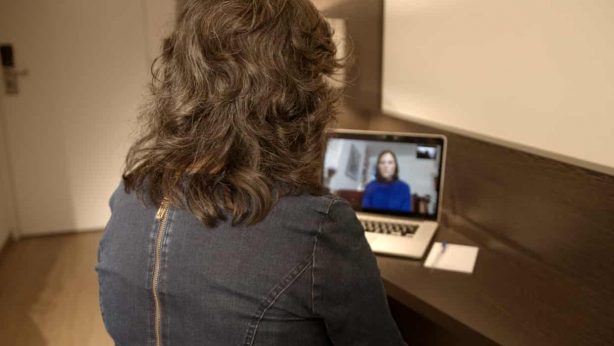 Confessions of a Xinjiang Camp Teacher