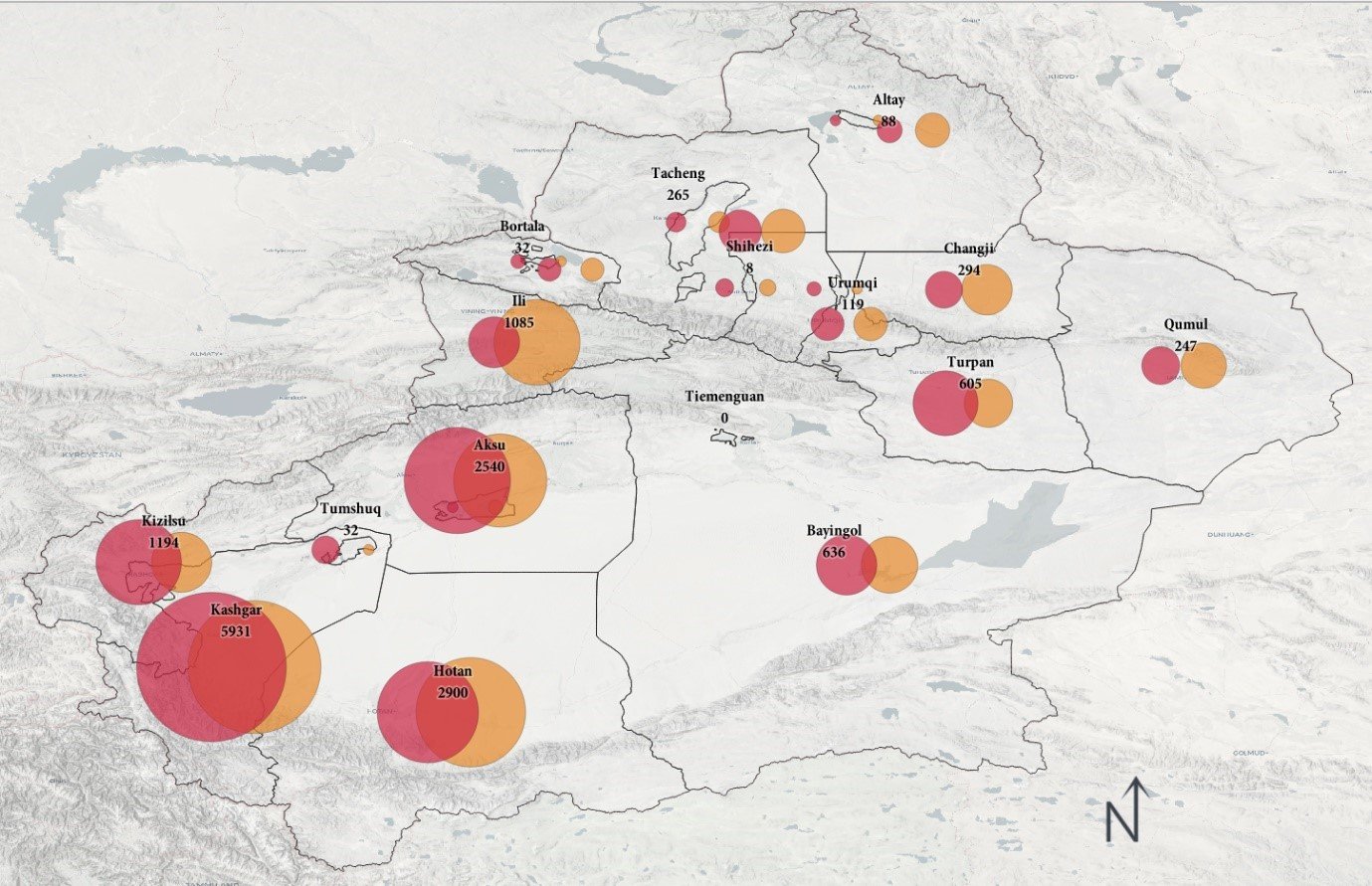 This report is supported by a companion website, the Xinjiang Data Project.

Please follow this link to read by original source.

The Chinese Government has embarked on a systematic and intentional campaign to rewrite the cultural heritage of the Xinjiang Uyghur Autonomous Region (XUAR). It’s seeking to erode and redefine the culture of the Uyghurs and other Turkic-speaking communities—stripping away any Islamic, transnational or autonomous elements—in order to render those indigenous cultural traditions subservient to the ‘Chinese nation’.

Using satellite imagery, we estimate that approximately 16,000 mosques in Xinjiang (65% of the total) have been destroyed or damaged as a result of government policies, mostly since 2017. An estimated 8,500 have been demolished outright, and, for the most part, the land on which those razed mosques once sat remains vacant. A further 30% of important Islamic sacred sites (shrines, cemeteries and pilgrimage routes, including many protected under Chinese law) have been demolished across Xinjiang, mostly since 2017, and an additional 28% have been damaged or altered in some way.

Alongside other coercive efforts to re-engineer Uyghur social and cultural life by transforming or eliminating Uyghurs’ language, music, homes and even diets,1 the Chinese Government’s policies are actively erasing and altering key elements of their tangible cultural heritage.

Many international organisations and foreign governments have turned a blind eye. The UN Educational, Scientific and Cultural Organization (UNESCO) and the International Council on Monuments and Sites (ICOMOS) have remained silent in the face of mounting evidence of cultural destruction in Xinjiang. Muslim-majority countries, in particular, have failed to challenge the Chinese Government over its efforts to domesticate, sinicise and separate Uyghur culture from the wider Islamic world.

The Chinese Government must abide by Article 4 of China’s Constitution and allow the indigenous communities of Xinjiang to preserve their own cultural heritage and uphold the freedom of religious belief outlined in Article 36. It must abide by the autonomous rights of minority communities to protect their own cultural heritage under the 1984 Law on Regional Ethnic Autonomy.

UNESCO and ICOMOS should immediately investigate the state of Uyghur and Islamic cultural heritage in Xinjiang and, if the Chinese Government is found to be in violation of the spirit of both organisations, it should be appropriately sanctioned.

Governments throughout the world must speak out and pressure the Chinese Government to end its campaign of cultural erasure in Xinjiang, and consider sanctions or even the boycotting of major cultural events held in China, including sporting events such as the 2022 Winter Olympic Games.

The UN must act on the September 2020 recommendation by a global coalition of 321 civil society groups from 60 countries to urgently create an independent international mechanism to address the Chinese Government’s human rights violations, including in Xinjiang.2

Please follow this link to read by original source.

SearchPosts
STATEMENT ON THE EXISTENCE OF FORCED LABOUR IN THE UYGHUR HOMELAND
China Is Erasing Mosques and Precious Shrines in Xinjiang
Thousands of Xinjiang mosques destroyed or damaged, report finds
Uighur Muslim teacher tells of forced sterilisation in Xinjiang
The Dutch public prosecution decided that they could not bring the case against intimidation by China of Dutch Uyghurs, to the Dutch Court.
Confessions of a Xinjiang Camp Teacher