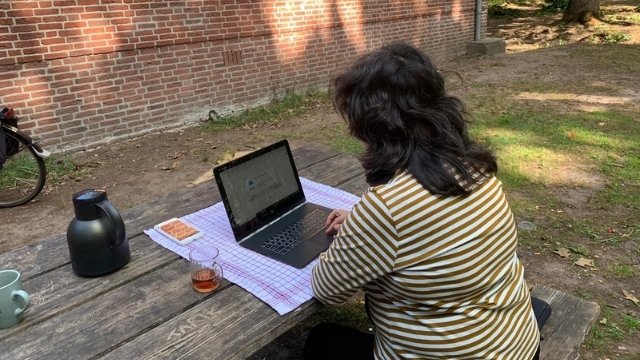 Living with your oppressor

On 23 August 2020, I interviewed Qelbinur Sidik about the Chinese Communist Party (CCP) “national unity” policy in the Uyghur region and the strategy of assigning so-called Chinese official “relatives” to Uyghur families. Here is what she said:

We have been observing Chinese “National Unity Day” annually for a long time. It always takes place in May. Every year, students and cadres celebrate the event with a variety of activities.

From 2016 however, we began to notice a significant new development. Something began to change. Local governments began to assign a Han family as a so-called “relative” to each minority ethnic family. We were informed about the scheme by the department director of the local government who told us it was our political duty to abide by the new rules. The orders had come down from their superiors.

At first, they told us we should live together for one week every three months. But this soon increased to a week once a month. The scheme shocked me. I could understand working, studying and eating together but why should we live together and sleep together with them at home?

It seemed the plan was to assimilate us rapidly, but I couldn’t voice my objections or reject the new policy.

Once the policy had been announced, each department of local government assigned community officers to set the plan in motion. Han Chinese were allocated minority people, particularly Uyghurs, to be their “relatives.” We had no option but to accept the arrangements, and no right to object.

A special office was created in my department to run the “relatives” scheme. Two female Han Chinese cadres inspected our work. Every assigned “relative” had to be registered through them and had to send them pictures of their “daily happy life” with their “relatives”. We had to send them photos of cooking, eating, living, learning and sleeping together. If there were no photos the report would be invalid. We had to fill out a form, expressing our thoughts on “national unity” after the weekly visits.

My own “relative” was one of my husband’s colleagues. He was a 56-year-old, married, educated but vulgar Han Chinese man. He became a “relative” to our family from 2017- to March 2019. He visited our family a few times with his wife, but subsequent visits were paid on his own when he stayed for a week once a month. He told us he loved Uyghur food and Uyghur women. He would strip down to his shorts and sexually harass me while I was cooking. He insisted I taught him how to cook and how to use a knife and a wok whilst at the same time trying to seduce me by hugging me and grabbing my hands.

During mealtimes or while we studied, he would try to sit closer to me. He would complement my appearance, grab my shoulders or touch my face even in front of my husband. If I dared to show disapproval, he would accuse me of not liking him. He would insist I dance for or with him and sometimes he wanted me to sleep in his room. If my husband was not around, he would be excessively and revoltingly amorous, but I managed to escape by gently rebuffing his advances.

In the southern Uyghur region, Han cadres lived together with Uyghur women whose male family members were detained in the internment camps or prisons. We would often hear that Uyghur women and young girls had been raped by Han cadres in their homes. My Chinese “relative” told me that Han cadres who were sent to the south by the government enjoyed Uyghur women. He told me that Uyghur women treated them specially and never refused their advances, implying that I should be willing to do the same. Nothing was too much for their Han “relatives” he told me, expecting I too would fall into line.  I knew full well that he was expecting sexual compliance, but I feigned ignorance and managed to escape to another room. If I hadn’t been a professional, 50-year-old married woman, working in a government department and living in the capital city with my husband, I dread to think what would have happened. If for example I had been an ordinary widow from a remote village in Southern Uyghur region I am sure he would have declared his evil intentions and forced me to sleep with him.

Our Han cadre “relative” always used to ask our opinion about religion, about the CCP and the Chinese government. He was trying to assess our patriotism. My answer was always that “as a state official I don’t believe in any religion.” I told him that neither my parents nor my husband knew anything about religion. “We support the CCP and government completely,” I said.

In 2016, we had burned all our religious books, Turkish films, songs and even our own libraries of Uyghur books, replacing them with books on CCP ideology because of the deteriorating situation in the region. The Han cadre would even ask me about my forebearers and my relatives. When he heard that I had an Uzbek sister, he commented: “Uzbek women must be more beautiful, and more enjoyable”.

He was a well-educated, government official and my husband’s co-worker, but despite this he continued to make advances to me in front of my husband. His behavior revolted me. I have more than enough money; I don’t need his pity or his gifts of good. In fact, his entire behavior repulsed me.

In 2019, because sexual violation and rape cases began to escalate in Urumqi, the local government started to arrange for women to visit Han cadres in groups of three and live with them for a week. This only seemed to apply to the capital Urumqi. We didn’t hear of the scheme being rolled out in other parts of the province and I dread to think of what continued to happen in the southern Uyghur areas.