There are not many issues that would bring a former Archbishop of Canterbury, seven Anglican bishops, two Asian Cardinals, a Coptic-Orthodox Archbishop, 20 Jewish Rabbis, more than 20 Muslim clerics, the Dalai Lama’s representative, the chief executive of Humanists UK, a leading American Southern Baptist and Jonathan Aitken together.

Yet one issue has – and that is a potential genocide unfolding in China today. As more than 75 diverse leaders of faith and belief communities say in their statement issued today, the suffering of the Uyghurs and other Muslims in China amounts to “one of the most egregious human tragedies since the Holocaust”.

Over the past year or more increasing evidence has emerged of a campaign by the Chinese Communist Party regime to eradicate the Uyghur cultural and religious identity.

This campaign has included the incarceration of at least a million Uyghurs in prison camps, subjected to horrific conditions of torture, sexual violence and murder. It also includes the creation of the world’s most Orwellian surveillance state, with cameras on every street corner, Chinese agents embedded in Uyghur homes to monitor their every move, the transfer of Uyghurs across China for slave labour, forced sterilisation of Uyghur women and the destruction of mosques and Muslim burial grounds.

Uyghur Muslims with beards of a certain length are arrested, as are women with headscarves. Fasting during Ramadan is forbidden. Uyghurs are encouraged – even forced – to eat pork and drink alcohol.

China’s state media has publicly stated that the goal in regard to the Uyghurs is to “break their lineage, break their roots, break their connections and break their origins.” As the Washington Post put it in an editorial: “It’s hard to read that as anything other than a declaration of genocidal intent.” Leaked high-level Chinese government documents last year speak of “absolutely no mercy”.

Published by Mehmet Tohti, Azeezah Kanji on Institute for Research... 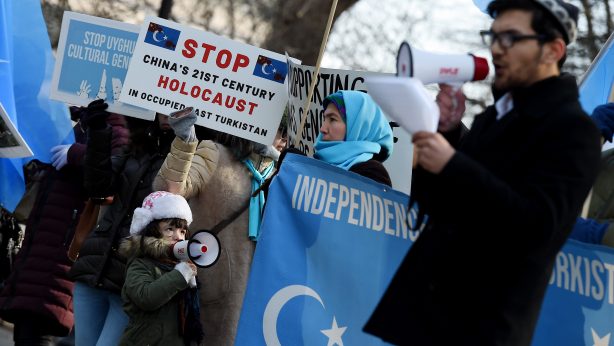 U.S. and Multilateral Policy Options to Address Abuses Against Uyghurs in Xinjiang