Published by Emma Graham-Harrison and Lily Kuo on TheGuardian

A teacher coerced into giving classes in Xinjiang internment camps has described her forced sterilisation at the age of 50, under a government campaign to suppress birth rates of women from Muslim minorities.

Qelbinur Sidik said the crackdown swept up not just women likely to fall pregnant, but those well beyond normal childbearing ages. Messages she got from local authorities said women aged 19 to 59 were expected to have intrauterine devices (IUDs) fitted or undergo sterilisation.

In 2017, Sidik was 47 and her only daughter was at university when local officials insisted she must have an IUD inserted to prevent the unlikely prospect of another pregnancy. Just over two years later, at 50, she was forced to undergo sterilisation.

When the first order came, the Chinese language teacher was already giving classes at one of the now notorious internment camps appearing across China’s western Xinjiang region.

She knew what happened to people from Muslim minorities who resisted the government, and a Uighur-language text message that she shared with the Guardian, which she said came from local authorities, made the threat explicit.

“If anything happens, who will take responsibility for you? Do not gamble with your life, don’t even try. These things are not just about you. You have to think about your family members and your relatives around you,” the message said.

“If you fight with us at your door and refuse to collaborate with us, you will go to the police station and sit on the metal chair!”

On the day of her appointment there were no Han Chinese among crowds of women waiting for their compulsory birth control at the government compound, she said.

Details of China’s sweeping campaign of repression against Uighurs and other Muslim minorities in Xinjiang have leaked out slowly from the tightly controlled region, but there is increasing evidence of efforts to slash birth rates, which some experts have called “demographic genocide”.

This has included forced birth control and sterilisation, fines and even prison sentences for those considered to have too many children, a recent Associated Press investigation found.

In the mostly Uighur regions of Hotan and Kashgar, births collapsed by more than 60% between 2015 and 2018, the last year for which government data was available, the AP found. Nationwide over the same period, births fell only 4.2%.

This is the period when Sidik was forced to have the IUD fitted, despite her age and insistence that she did not want any more children.

The IUD caused heavy bleeding, and she paid to have it removed illegally. But later in 2018 a routine check found it was missing and she was forced to have a second device installed, and then a year later forced to undergo sterilisation.

“In 2017, just because I was an official worker in a school, they gave me a wider choice to have this IUD or sterilisation operation. But in 2019 they said there is an order from the government that every woman from 18 years to 59 years old has to be sterilised. So they said you have to do this now.”

She tried to plead both age and the damaging impact of the IUDs on her health. “I saidmy body cannot take it, but they told me ‘you don’t want children, so you have no excuse not to have the sterilisation operation.’”

Her story, first told to the Dutch Uyghur Human Rights Foundation, is difficult to verify. It is hard to take photos inside detention facilities and there is little documentation. But details match accounts by other camp detainees and research into coercive birth control practices.

Tags: forced detention Qelbinur Sidik sterilization
Previous Story
The Dutch public prosecution decided that they could not bring the case against intimidation by China of Dutch Uyghurs, to the Dutch Court.
Next Story
Thousands of Xinjiang mosques destroyed or damaged, report finds 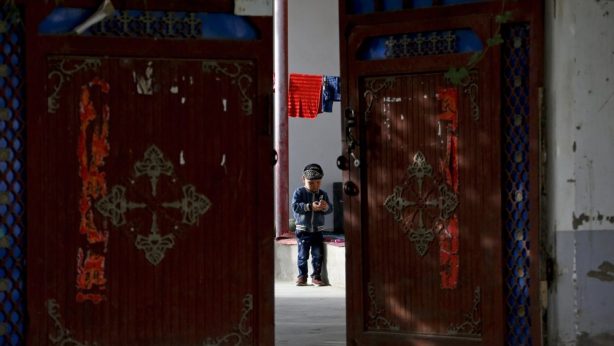